NVIDIA’s at-home GTC conference started today and CEO Jensen Huang officially announced the company’s next-gen graphics cards. Ampere, which has been rumored to boast up to 40% more power than the current Titan X, is a doozy.

Along with shifting to a 7nm process, the Ampere architecture boasts significant technical improvements over the current-gen Pascal. AnandTech has done an excellent job of describing the changes. Most importantly is a huge increase in transistor count, up to 54.2 billion from 21.1B. Transistor count doesn’t directly relate to performance, but it does correlate to total computational power.

In other words, Ampere GPUs will crunch through processes a lot faster than older cards. That’s partly because of the smaller die, as well as better manufacturing processes.

Other major details include a huge uptick in total available VRAM, up to 40GB, as well as an increase to 400W TDP. We expect higher-end models like the RTX 3080 (only rumored) to seriously outperform today’s top tier. Reports that GPU performance is slowing may turn out to be wrong.

This huge architecture improvement may also be why NVIDIA boasted back at CES that even mobile GPUs will outperform consoles. And while it’s not uncommon for consoles to underperform mid-range videocards on release, historically that’s never been true for laptop cards.

AMD’s been doing an incredible job at the low- and mid-tier, but NVIDIA’s completely owned the top-of-the-line. There’s no question that underdog AMD is trying to change that, but NVIDIA isn’t going down without a fight (unlike, it seems, Intel in the CPU space). Just from a technological standpoint, these numbers aren’t just impressive: they’re crazy.

And it makes sense. Gamers are looking for better performance at higher resolutions and higher framerates. All other parts of the experience exist: 240Hz displays, 8K resolution, and even 128-thread CPUs. Graphics cards are actually the bottleneck (only pre-empted by our wallets), and NVIDIA is changing that.

Furthermore, the company is pushing for streaming gaming through it’s GeForce Now service where it’s top-tier cards will be even more useful. With limitations around streaming (1080p and 60fps max), these GPUs can provide more stable performance at a lower cost over time. Developers looking for more power will have it. And anyone using GPUs for anything else, like cloud computing, data centers, or supercomputers…they’ll go to NVIDIA first. And that push for corporate clients will continue the cycle of better consumer cards.

AMD has a huge road ahead if they want to gain the upper ground, especially with gamers who have more cash to spend. And our games will only perform better, thanks to NVIDIA raising the ceiling. 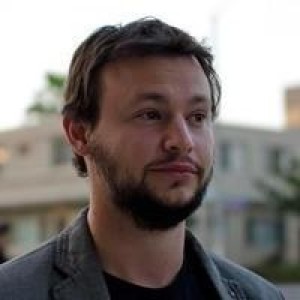